The majority of paid app installs are fraudulent, but no one wants to know 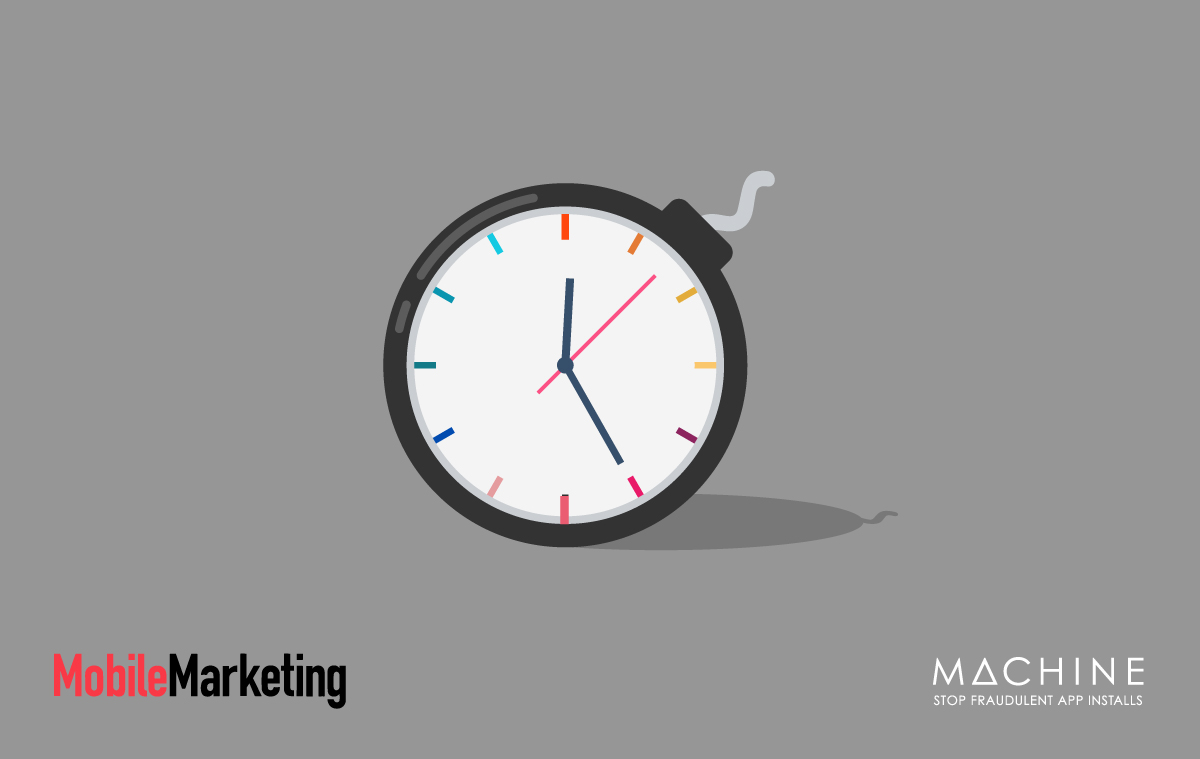 Earlier this month, ad tech vendors started to pull spend from Newsweek Media Group’s properties, amid reports that the publisher had been engaging in fraudulent ad traffic practices. This follows Uber’s lawsuit against Fetch last year, then Fetch against Uber, plus News UK’s blackout tests in December, which found 2.9m bids on fake inventory posing as The Sun or Times.
It’s fairly safe to say, then, that the industry is waking up to this problem. But while ad fraud as a whole might dominate headlines, there’s another strain which rarely gets talked about – app install fraud.

If you’d like to find out whether app install fraud affects your business, here’s a quick test you can do. Are you a marketer who currently pays for app installs? If the answer is ‘yes’, then you are affected by app install fraud. It’s as simple as that.
This is how widespread the problem of app install fraud is. It’s set to cost the industry around $3.5bn (£2.5bn) in 2018, but most app marketers – if they think about the issue at all – believe they already have it sorted.

This is inaccurate, and the problem is widely underestimated. For example,

a Tune study last year put app install fraud levels at 7.8 per cent. This is way off the mark. Our own frontline experience shows that the real figure is 7x higher.

In January 2018, Machine analysed over 4.6m app installs for our clients, 52 per cent of which were detected as fraudulent. With the value of the US app install market forecast to hit $6.5bn this year, that means $3.4bn will be wasted due to fraud. The sheer scale of the problem surprised even us, when we first activated app install analytics on the Machine platform last summer. We were taken aback by the results: the vast majority of app installs didn’t appear to be real.
We initially thought something had gone wrong with our tech, but after checking the data and confirming its validity, we realised that the fault actually lies with the industry itself. This realisation caused us to shift focus and make solving the problem of stopping app install fraud our core business. This isn’t information that we’ve kept to ourselves – but not everyone wants to hear it.

These fraudulent app installs are unhealthy and detrimental to the mobile advertising ecosystem, but the industry is addicted to and reliant on them.

For decades, the ad industry has been built on spending advertisers’ money.

We’re all used to models that encourage the entire ecosystem first and foremost to make sure advertising budgets are spent – including any advertisers who pursue growth at all costs. Spending this budget can be more important than making sure it generates a real ROI.

If you stopped all fake installs tomorrow – which remember, account for more than half of most budgets – then the huge amounts of money spent on fraud would go with it. That’s money which currently supports the market. This is one reason why the mobile advertising market tolerates fraudulent app installs. It actually needs them to keep functioning as it does today. But app install fraud is a ticking time bomb, and this is a dangerously short-termist approach which will eventually backfire on the industry.

Another reason that app install fraud gets ignored is the personal conflict it creates. For some in the ecosystem, it can be difficult to know what to do when they discover they have a fraudulent app install problem. The idea of going to your client, or your boss, and telling them that much of their marketing spend has been wasted on fake installs can be understandably intimidating.

No one wants to risk losing their job, or be accused of negligence, and that means people can turn a blind eye to it.

However, it’s important to remember that this problem is new, and endemic to the entire industry. Companies like Machine, who are dedicated to stopping fraudulent app installs, didn’t exist until now. No one should feel compromised when discovering they have an app install fraud problem. Fraud isn’t the fault of the buyers. It is only the fault of the fraudsters themselves.

Instead, they should be embracing the fact they now have a clearer view of the situation and the tools to eliminate it. They’re being presented with an opportunity to make more out of their marketing budget going forward.
At Machine, we not only want to reveal the true extent of the app install fraud problem, but help solve it. Do that, by filtering out fraudulent installs, and advertisers will end up with the same real results, having spent considerably less. This frees up budget to spend on performing media elsewhere. It’s a situation which surely benefits everyone – everyone, that is, except for the fraudsters.