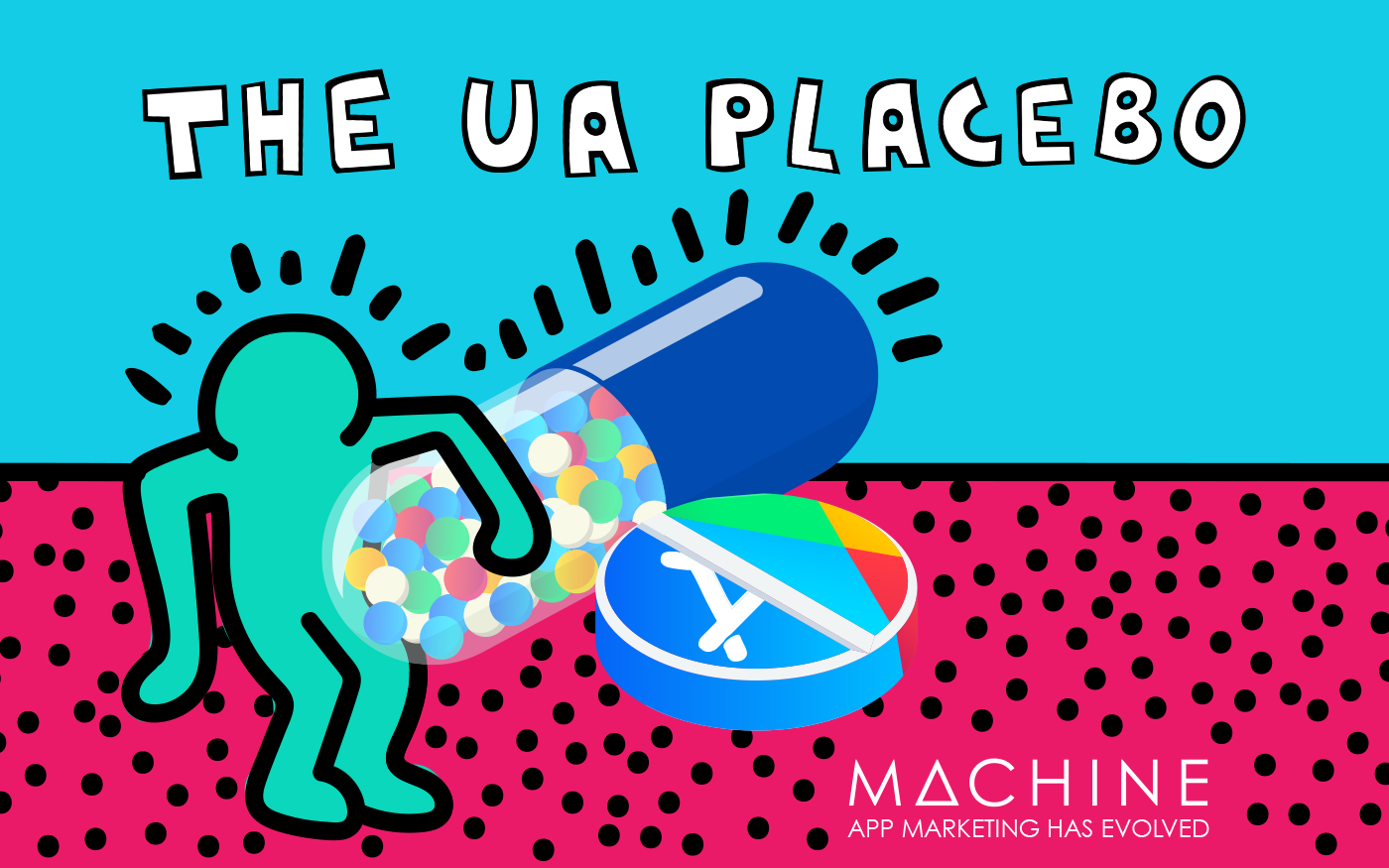 Now, I’m not a psychology expert – but psychology has a big part to play in how people address the problem of UA fraud.

Having had hundreds of conversations in the industry on the subject, I’ve come to realise that fraudulent users have a kind of placebo effect on those who buy them.

We could, in fact, refer to fraudulent users as "the UA placebo"

I’m not saying that The UA Placebo doesn’t have any benefits, they do, but they only have a psychological benefit to the buyer who’s buying them, making them feel that what they’re doing is working. The UA Placebo does however have a hugely negative impact on the app business that’s paying for them and this can be proven with indisputable data.

The power of placebo

Most people like to think that they couldn’t be fooled into thinking that a placebo – “a measure designed merely to humour or placate the recipient” – has any genuine value. But it will if you let it, especially if it’s been going on for some time and your reputation depends on it.

In his book, ‘The Heretics: Adventures with the Enemies of Science’, Will Storr examines the strength of the placebo effect, calling it an “invisible force”, and how it can “skew the results of any medical trial”.

Placebo effect: an invisible force that can skew results

People can believe so strongly in a placebo that they can almost will themselves better, Storr suggests. The keyword here is “almost”, because no matter how much you want the placebo to work the reality is, it doesn't, and in the end, the illness that the patient is being treated for will get them. This is exactly the same as The UA Placebo.

Everyone is swallowing placebo installs

In the case of The UA Placebo, user acquisition managers, marketers, CEOs, all want to believe what their ad networks are only selling them legitimate users – they even have the marketing data to back it up, but think about it...

Of course the data backs it up - it’s fraud, it’s meant to look real...

Even if you already use a fraud detection service, If you’re prepared to go digging a lot deeper and ask some uncomfortable questions, you’ll likely see a truth that’s different from the one that’s presented to you. You might even have your suspicions already that you’re being fed a placebo rather than the real thing. What harm would it do in adopting a more critical eye?

If you were presented with data that said you had wasted millions of dollars of the company's money, would you take that to your boss, tell your investors or report it to the markets?

We had a very real case happen a couple of years back, with Uber calling out their agency and the entire ad-network supply chain for supplying over $70m worth of fraudulent users. On this very rare occasion, the right person took the incredibly brave decision to blow the whistle. There are thousands of companies where this is going on, but people don’t have the courage of their convictions to call them out.

UA and marketing teams shouldn’t feel guilty for being fooled by the bad players in the ad-network ecosystem. By and large, everybody is having to come to terms with The UA Placebo.

Weaning off The UA Placebo

It’s time to say that enough is enough. Instead of paying ad networks thousands or millions a month for placebo users (for something that has no value to your business other than to make it feel like it’s achieving something in this moment), put that money to good use.

It is going to be uncomfortable, even painful to see what's really there (in terms of genuine vs fraudulent users), but as they say, "The truth shall set you free." Facing the truth will set you apart from the competition in how much pain you can avoid down the road, and ultimately, in how successful you and your app business can be.