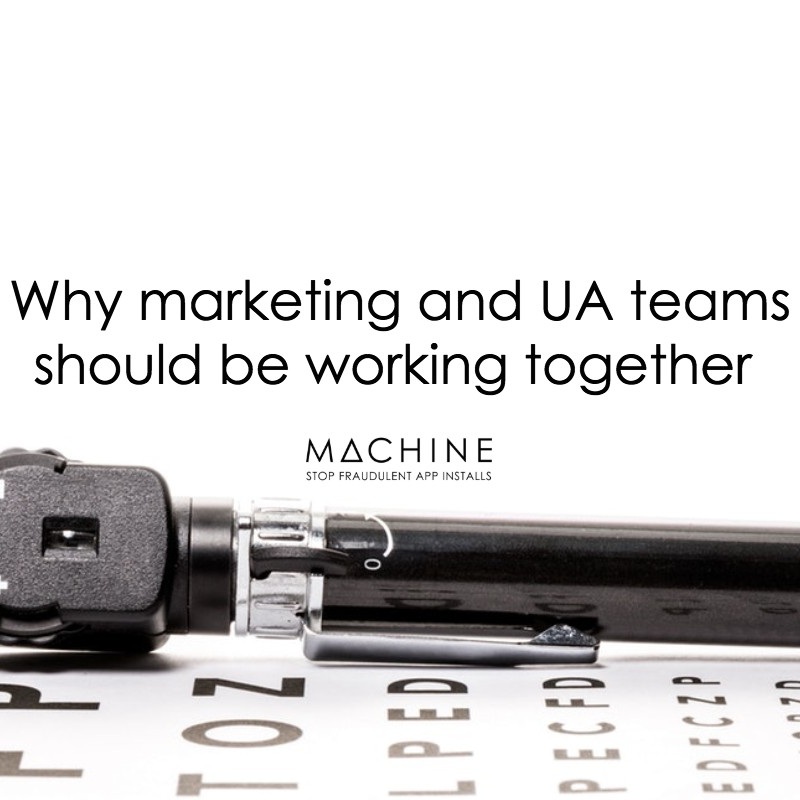 How app owners can improve their own processes to fight fraud

App install fraud is a major issue – according to our data, over half of all paid installs are fraudulent – and the means used by fraudsters are constantly getting more sophisticated and harder to fight. But there’s one thing that a lot of the app companies being targeted do internally which makes them more vulnerable to fraud.

This is simply the division between the marketing team and UA (User Acquisition) team. Both are working towards the same goal – attracting more users to their app – but using different channels. Marketers leverage above-the-line media, content marketing, app store optimisation and every other tool at their disposal to drive organic installs. Meanwhile, the UA team buy installs through networks and social platforms on a cost-per-install or cost-per-acquisition basis.

At most major app businesses, these teams are separated into silos, each with their own budgets and ROI targets. At first glance, this makes sense – but when app install fraud enters the equation, you have a problem. Simply, it’s a blind spot.

The biggest contributor to app fraud

The largest category of app fraud is attribution theft, In Q1 2019 Machine analysed over 31m paid app installs – 51% of them were fraudulent and the majority, 57%, of this fraud came from attribution theft.

Attribution theft is caused by fraudulent vendors gaming the last-click attribution model in order to steal credit for installs which occurred organically or were generated by another media supplier. In other words, the installs that the marketing department is responsible for.

Because these are real users who’ve been drawn to the app by a great ad or piece of content, this produces high-quality installs which are likely to perform. But due to attribution theft, this organic install gets wrongly attributed and assigned to the UA team.

By having two separate teams, each with their own targets, attribution fraud essentially causes app companies to rob Peter to pay Paul. Worse, in fact, because the app owner is essentially both Peter and Paul. This means it’s paying out twice for each install – once for the activity that organically generated it, and again to the fraudulent player that took credit.

When you’re trying to eliminate fraud from your app marketing activity, this two-team system presents a barrier.

The responsibility for dealing with app install fraud generally falls to UA teams, who aren’t given much incentive to investigate and eliminate attribution theft because, whether they realise it or not, it’s artificially inflating their ROI figures.

This is why splitting up your install targets into silos of marketing and UA creates an internal blindspot where fraud may get ignored or pushed under the rug. It’s a very short-term approach to the problem of app install fraud which ultimately benefits no one but the perpetrators of the fraud.

However, if you combine the individual targets into one bigger-picture view of ROI, so that UA and marketing teams aren’t encouraged to compete with one another, there is much more incentive to eliminate fraud.

We’ve seen some clients make this move, and benefit from it greatly. Breaking down the existing silos and aligning targets means that everyone gets properly recognised for their hard work, both teams are motivated to combat fraud, and the company as a whole ends up spending less money to achieve the same amount of installs.

Evolution is a necessity in this business. Not that long ago, app companies used to set their targets entirely on app install volume – but we’ve since realised that this is a dead end and moved onto a more holistic ROI metric. As the industry continues to grow, it’s time to evolve again, and turn the silos of UA and marketing into one joint effort.